Yankee Stadium’s food service provider, Legends Hospitality, invited a chef from Café de Colombia Bakery on Tuesday, August 13th to present two new items: the “Rumba Shake” — a Latin-inspired vanilla milkshake that included guava puree, caramel sauce, New York cheesecake and whipped cream. The shake was rimmed with toasted coconut and topped by a “dedito de guayaba” (a yucca pastry stuffed with white cheese and guava) in Sections 112 and 125. Additionally, in Section 127 fans also were able to try Colombian empanadas filled with either chicken or beef. Both styles were accompanied by a garlic, cilantro and jalapeño ají sauce.

Hispanic Heritage Month continued its celebration at Yankee Stadium with free dance classes presented by the Dominican Collective Dance Ensemble. The lessons were enjoyed prior to the game on Friday, August 16th by guests in attendance at the Mastercard Batter’s Eye Deck.

The winners of “The Bronx Stickball Classic” championship game that took place on Saturday, August 24th were recognized in a pregame ceremony prior to the Yankees’ 7:05 p.m. game vs. Oakland on Friday, August 30th. 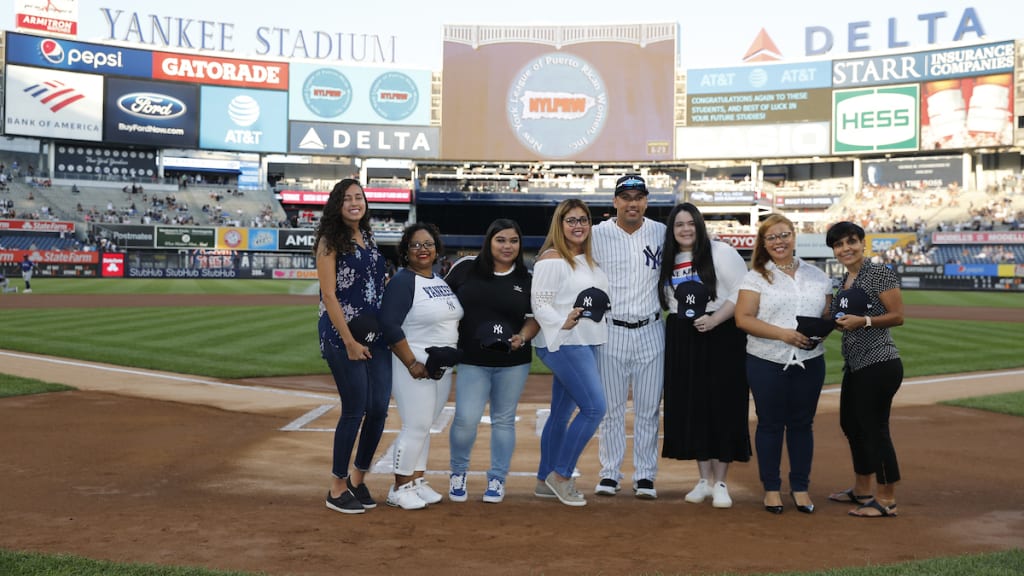 The New York Yankees Foundation continued their support for the New York League of Puerto Rican Women, which assists young Hispanic women in their pursuit of higher education, by awarding scholarships to five recipients during a pregame ceremony on Tuesday, September 3rd prior to the Yankees’ 6:35 p.m. game vs. Texas. Additionally, the Yankees also recognized with a pregame ceremony the 50th anniversary of El Museo del Barrio. Members and guests of El Museo del Barrio were invited stay for the game and sit in the Judge’s Chambers section of Yankee Stadium.

The Hispanic/Latino Organization for Leadership and Advancement (HOLA) — under the Bank of America Diversity & Inclusion Framework — provided a financial education workshop to a group of college students from Hispanic Federation’s education programs. HOLA’s mission is to support financial wellness in the community and promote economic and social growth. The Yankees were proud to host this event at Yankee Stadium on Monday, September 16th.

As part of Hispanic Heritage Month, the Yankees are proud to take part in Major League Baseball’s “Ponle Acento” (“Put an Accent on It”) campaign, which was launched in 2016 to highlight the distinctive mark that Hispanic and Latino players and fans leave on the game. As part of the league-wide initiative, Yankees players wore a “Ponle Acento” T-shirt during batting practice on Tuesday, September 17th prior to their game vs. the Los Angeles Angels. 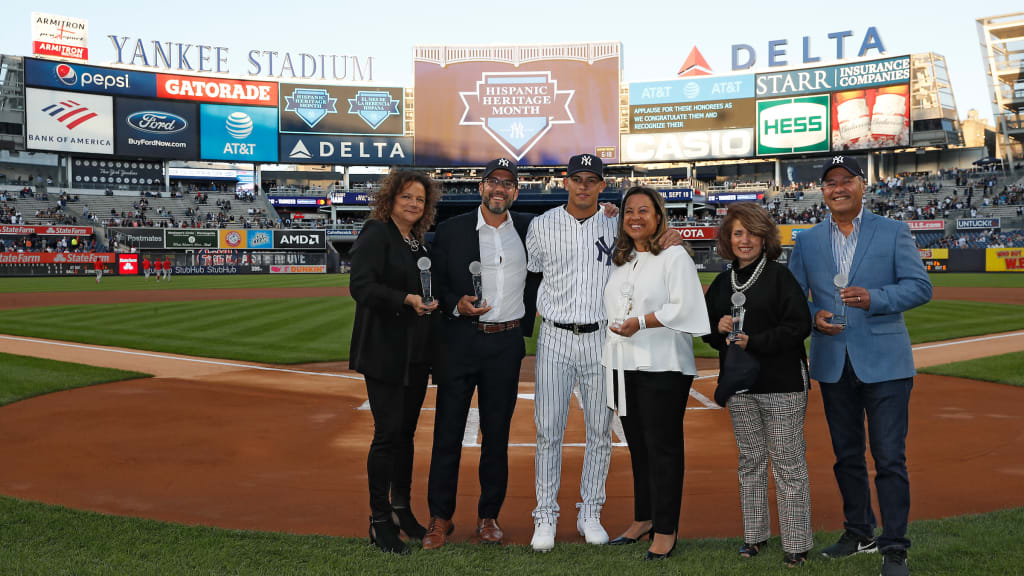 On Wednesday, September 18th in a ceremony prior to the Yankees’ 6:35 p.m. game vs. the Los Angeles Angels, the Yankees presented their annual Hispanic Heritage Month Community Achievement Awards to individuals and organizations who have made a profound difference in the lives of others. Winners in 2019 were: Bronx Chamber of Commerce President Lisa Sorin (Business); LEAP (Learning through an Expanded Arts Program) Executive Director Richard Souto (Arts); YMCA Vice President of Field Operations for New York Elizabeth Toledo Cruz (Social Responsibility); and Univision Sports Anchor Salvador Cruz (Sports). 2019 honorees were invited to watch that evening’s game from the Judge’s Chambers section. Additionally, CC Sabathia the Yankees’ nominee for the Roberto Clemente Award was honored for his contributions to the community.